Lately we have been buying a fair amount of digital out-of-home media, one of the most dynamically evolving mediums in Canada. There is a gradual shift to programmatic buying platforms where suppliers pool their inventory and buyers can bid by location. Broadsign, the leading out-of-home marketing platform, announced this week that it has acquired Campsite, the innovative Canadian digital out-of-home (DOOH) ad exchange that automates the buying and selling of DOOH inventory.

For DOOH media owners, the combination of Broadsign and Campsite will further automate the buying and selling of media inventory making it easier for agencies and media buyers to find, plan, and book DOOH advertising campaigns. According to eMarketer, programmatic buying represented more than 80% of US digital media transactions in 2018, highlighting the need to modernize buying in the $40 billion global out-of-home industry to drive future growth. Dicomm media maintains buying platforms on behalf of clients with broadsign and can facilitate Digital Out of Home Buys.

Globe and Mail to cut staff to save $10M!

Employees have been offered voluntary buyouts, which will be followed by layoffs if targets are not met in the coming year.

Podcasts surge in US and Canada – Recently we have seen a spike in requests for Podcast sponsorship. While CPM’s tend to be rather high at around $60CPM, ads are well positioned and Podcast ads are effective because listeners trust the hosts when they endorse your brand or product. We can provide the most diverse and largest podcast ad inventory in the industry. With a network spanning across 1,500+ shows and reaching 30MM+ monthly listeners, we’ll be sure to create a winning campaign for you.

For sample Podcast programming and rates contact us at. info@dicommintl.com

Canada Radio Media is an established radio media buying firm dedicated to sourcing the best value in local and national radio advertising across Canada. A division of Dicomm Inc., with offices in Toronto and New York City, we offer timely, targeted and value-based radio advertising options. According to the Radio Marketing Bureau, radio `reaches 91% of Canadians each week, second only to television. The majority of these listeners are working parents with annual incomes of $50,000 or more. Your market is there and we are in the perfect position to maximize the opportunity.

We purchase direct response radio media from hundreds of licensed AM and FM radio stations in Canada. Specializing in short form and long form radio buying and Per-Inquiry campaigns, we offer comprehensive services in both English and French. We help clients understand and maximize the opportunities on Canadian radio.

We leverage the right strategy, media buy, and tactical channel mix. Each client and business case is unique, but our goal is cohesive strategies that are driven by data that increase revenue.

Why Canada is a guinea pig for global markets

Social media platform Instagram has unveiled a potential new change to its software – but perhaps unsurprisingly – it has chosen Canada as the proving grounds for this experiment.

The social media company said it plans to hide the number of likes on photos and videos from public view. Only the person who made the post will know just how many people liked it – a move Facebook, the tech giant that owns Instagram, says is meant to get people to focus on the actual content shared and not just its popularity. Facebook says Canadians are highly social and tech savvy, noting there are over 24m people using a Facebook-owned app each month in the country. This is not the first time that Facebook – which also owns WhatsApp and Instagram – has tested products in Canada.

Last year, along with Colombia and Thailand, Canadians were given early access to the firm’s early foray into online dating -simply called Facebook Dating. And in 2017, its first foray into providing advertising transparency was in Canada. But the social media behemoth isn’t the only company that has found value in using Canada as a place to show proof of concept for new products and innovation before bringing them to wider markets.

Global developers frequently use the country as a testing ground for new apps. “The data you get there is reliable and comparable to the other major markets – the US, the UK, Denmark and so on – and the country is also of a good size,” a gaming executive told tech media company Mashable in 2013. And he says Canada is “a very, very sophisticated marketing environment” and a “compact way to get a lot of bang for your test buck”. So what makes the country attractive for firms looking to refine products and services before bringing them to a wider market?

Canada has a very diverse population with more than 200 languages spoken throughout the country,”

It’s not just the immigration factor – it has the highest proportion of foreign-born people of any G7 nation – but its cross sections of people across the income spectrum and from urban and suburban regions.

Together they compose a wide range of consumer segments and demographic niches in which to test and learn. Michael Moskowitz, president of Panasonic Canada, has championed Canada as a place for global firms to test new products or to refine existing ones. But, he says not all firms have grasped Canada’s potential, because some see the country as a small secondary market, with only about tenth of the population of its wealthy southern neighbour. But others view it as a test bed for new technology or ideas “with fairly low risk” that, if successful, can be launched in the US and beyond. “Canadians are very entrepreneurial and nimble,” says Moskowitz, adding that Panasonic Canada is able to “make fairly quick decisions locally”. But that diverse population is among the “standout reasons” that make Canada a useful laboratory, says the Panasonic executive.

Most Canadians live within 100 miles (160km) of the US border, a proximity has leant itself to a lot of social and cultural overlap. Canadians will have similar tastes to Americans when it comes to things like media, pop culture and foods. And it’s just as wired as the US with a similar technological infrastructure and with most residents owning smartphones. On the consumer side, Panasonic has tested small format appliances in Toronto, which is one of North America’s largest cities and where a lot of residents live in apartments or condominiums, similar to living quarters in large cities in both Canada and the US. Canada becomes a natural launch-pad for organizations looking to make inroads into the North American market. But the US’s northern neighbour is also useful for global brands seeking out market research for new ideas because the country can also be reflective of consumers in Europe and elsewhere.

A number of global companies have Canadian outposts in large cities like Toronto, Montreal and Vancouver. Those cities and their suburbs are valuable for firms looking for regions in which to conduct research, with lifestyle and commutes comparable to major American cities like Los Angeles and Atlanta.

But Canada also has a vast rural territory with a wealth of geographic diversity. Mr Moskowitz says there are numerous testing centers for massive industries like automotive and aerospace where innovative products can be tested in weather extremes. Firms like Toyota, Hyundai and GM have all tested vehicles in Canada, along with countries like Sweden, Russia, China and in parts of the US. Thompson, Manitoba, is home to a center that provides ice tests for aerospace engine certification programs that was built in partnership with Rolls-Royce and Pratt & Whitney. Yellowknife, in Canada’s Northwest Territories, is working towards being recognized by global aerospace firms as an arctic cold weather testing destination. Panasonic has also taken advantage of the extreme weather in Canada, partnering in 2011 with two First Nations tribes, the Yukon government and a northern research center on a successful pilot project that tested vacuum-insulated refrigerator panels as home insulation. The panels, which can help reduce energy costs, are now used insulate homes in extremely cold climates. (May 10. BBC.co.uk)

Dicomm Media has supported the launch and media initiatives of foreign companies in Canada for nearly 20 years across nearly all business sectors. 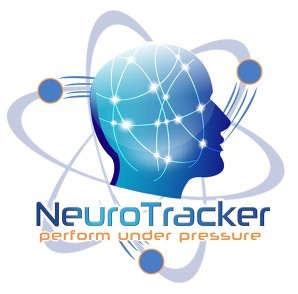 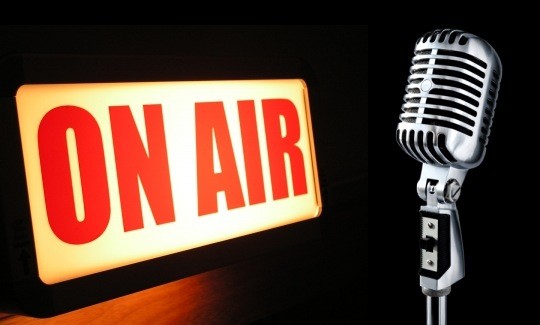